Seventy-pound dogs take up a lot of space. The enormous bags of food, the jumbo-sized box of treats, the extra-large beds, the enormous poop bags . . . it’s a lot of stuff.

My Roxie took up lots of space —  in my heart.

Every day for the last 12 years, this face greeted me, tail wagging, eyes bright with anticipation of what would come next. But just 8 days short of our 12th anniversary, I said goodbye to that face for the last time.

On January 10, 2007, we brought “Holly” home for a “test weekend,” (test weekend, my ass!). Just one week later, we hosted thirteen tweens for Brooke’s 10th birthday party.  Roxie fit in fine, enthusiastically playing with the gaggle of girls and being the life of the party.  From that point on, Roxie and Brooke became inseparable; Roxie would accompany me to take Brooke back and forth to school and I would tuck them both in Brooke’s bed at night.

Brooke was so taken with the experience of being with Roxie, she wrote the story of Roxie’s adoption from Project Halo, which was included in the anthology,  Charlotte Dogs.  But even that wasn’t enough.  Brooke poured her heart into a series of events, the Helping Paws Dog Show, in which she worked directly with the team at Project Halo, hosting a fun and untraditional dog show.  Her efforts generated a few thousand dollars for Project Halo and Brooke got to show off her rescue dog and organizational skills.  Roxie – just a dog –  was the catalyst for transforming a painfully shy 11-year-old into an event organizer, fundraiser, emcee and passionate animal advocate.

Roxie was definitely an indoor dog, who would go out of her way to avoid a puddle and baulk at having to do her “business” in the rain or snow. But one of her favorite things, besides eating, was hiking. Roxie was an expert hiker, weather permitting, that is. She was adept at following a trail through scent (even when we lost the trail) and was never phased by the steepness of a hill or mountain.  Her enthusiasm never wavered whether it was going to Pilot Mountain and Rocky Face Mountain with Scott and me or going to Crowders Mountain or Jetton Park with Brooke, her dog, Lacey (who joined the family in 2012) and me.

Another favorite was the “startle game.” Never one to fully grasp the art of fetch, Roxie preferred to play the startle game, where we would jerk quickly into a stance, resulting in Roxie running circles around her protagonist (you dog owners out there definitely know this game). Scott was the best “startler” and he had her playing this game until the day before she died.

This all may seem very melodramatic, and I know she’s just a dog, but for the past dozen years, she has been a constant in my life. When everything was changing, seemingly out of control, her sloppy kisses and expressive ears comforted me: through a divorce, job changes, and 2 house moves, just to name a few. There were times when I would get so frustrated, expletives would come shooting out of my mouth. Roxie would saunter up and lick my hand or face to convey that everything would be ok. She was my canine Zen master.

Roxie also helped me stay centered through my mother’s 3 fights with 3 different types of cancer and my father’s illness and subsequent death. 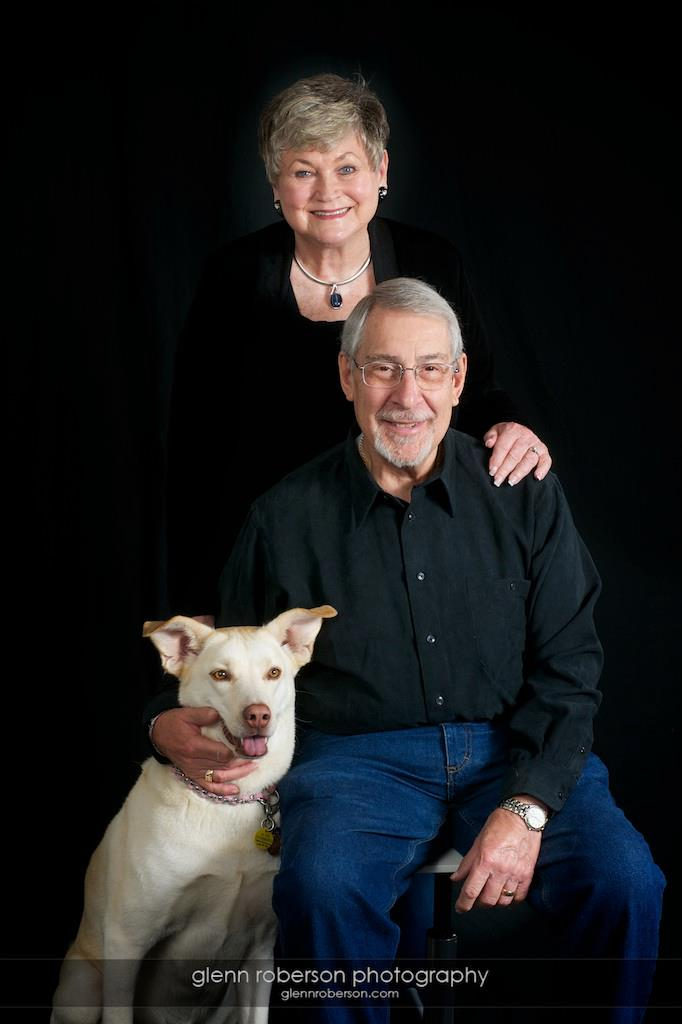 I remember bringing Roxie to my mother’s house, as my mom recovered from cancer surgery. Roxie stationed herself at the side of Mim’s bed, facing out toward the bedroom door, as if to say, “I got this. If anything happens, I’ll let you know.”  She became her guardian while I took care of things in the other parts of the house.  From that point on, the bond between the two of them grew stronger.

But the bond that existed between my father and Roxie was exceptionally strong.  For several years, my father would take Roxie to the dog park in Davidson a few times a week to socialize with the other dogs and humans. They got into a regular routine and Roxie had many playmates.  In addition, after getting Roxie certified as a Therapy Dog, Dad or Brooke accompanied me on many of our early trips to memory care communities. Little did we know how invaluable that experience would be.

Just a few short years later, with Roxie and me fully trained as Therapy Dog and Handler, we would visit my father in his memory care community, bringing smiles and joy to him and his fellow residents.  Dad and Roxie had a bond that even dementia couldn’t break.  As often as I could, I would take Roxie to visit Dad, accompanied by Mom or Bro 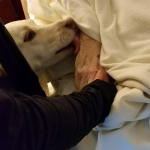 oke or both.  Roxie was a great distraction from the heartache we were feeling on those visits.  The morning we received the phone call from Hospice that Dad only had a few hours left, I grabbed Roxie and joined Mom as quickly as I could.  Roxie licked his hand as he passed, seemingly to comfort him through his transition.

My only hope is that they are together again.